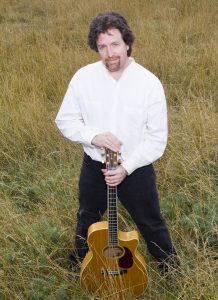 Since permanently leaving his corporate environmental engineering career in 1996, award-winning folk/Americana artist Andrew McKnight’s musical journey has traced nearly a million miles of blue highways, and earned him a wealth of critical acclaim and enthusiastic fans for his captivating performances and seven recordings. Andrew’s powerful and entertaining show is like one man theatre, delivered with warmth and down-home comfort. His finely crafted songs are woven together with humorous stories and poetic drama, while the musical soundscape traverses influences from Appalachia, tasteful slide and jazzy blues, feisty anthems, rustic folk, and even a little fancy flatpicking on a Carter Family tune. While his skillful guitar work provides a tasteful foundation, the touches of native American cedar flute, resonator guitar, djembe (African hand drum) and even mandolin add delightful and mesmerizing embellishments to the show.

Andrew has performed at many prestigious venues like the Kennedy Center, the International Storytelling Center and the Atlanta Olympics, has been part of the Rocky Mountain, South Florida, Boston and Delmarva Folk Festival lineups, and a guest on NPR’s “Art of the Song” and “River City Folk” shows. 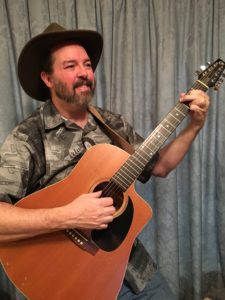 James Johnson  Co-producer and sound engineer of Thoreau Woods Coffeehouse will be opening with some of his original songs.  James has taught guitar at SHSU for more than 25 years and also owns Johnson Studio, where he teaches private music instruction for guitar, piano, bass, ukulele and other instruments.  He has a BA in Music Education and a Masters in Music Therapy.