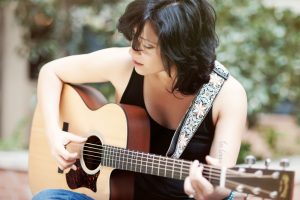 Laura Marie’s message to the world exists on a plane that reaches far beyond music, but thankfully she is one of those writers gifted enough to focus the roller-coaster of the human condition into song. She is currently promoting her fifth solo studio release Stars Apart, a beautiful blend of pop-folk and adult contemporary influences. Laura Marie offers some peace within the chaos of life through music, both for herself and as an offering to the world.

The South Texas native grew up steeped in poetry and music, earning her degree in music education and paying her dues in bands in Central Texas and beyond. There have been awards and accolades since. She won the OurStage Texas Lilith Fair Competition in 2010 and was a Regional Finalist in the Mountain Stage NewSong Contest in 2010 and 2014. Audiences are continually drawn in to Laura Marie’s performances because of her honesty and passion. David Crabb from the Austin Acoustical Cafe noted, “Laura Marie captured the hearts of our audience with her energy, and she warmed the stage and the room with her talented performance.”

For more information, go to http://www.lauramariemusic.com/. 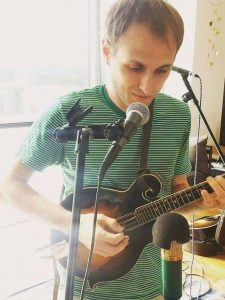 ADDISON FREEMAN is a multi-instrumentalist well versed in violin accompaniment for Texas folk artists.  Addison has recently taken his passion for songwriting public. Now with guitar in hand, he croons along soulful fingerpicking compositions and clever chord choices with a tenor voice as if he were “singing the strings”.