“Houston based award winning singer-songwriter Leslie Krafka not only crafts beautiful songs, she delivers them with a beautiful voice, whether she’s solo or fronting full tilt band.  In a recent review, music writer and critic Richard Skanse said, “Her songs are real winners too, full of buoyant melodies that never sag or drag and lyrics that convey both maturity and a young-at-heart spirit that’s playful but never fluffy.” Leslie began her auspicious songwriting career by attending a song workshop hosted by Terri Hendrix and Lloyd Maines because she wanted to just hang out with the duo.  That weekend however sparked a life changing passion for Leslie.  Fueled with conviction and hard work she began honing her craft.  Success soon followed. She was named a Regional Folk Finalist at Kerrville, a finalist at Songwriters Serenade, and nabbed both Houston Songwriter Association’s Songwriter of the Year and Song of the Year.  In 2011 she released her first CD, The White Cat Sessions.  Then in 2014 Leslie released her first-rate sophomore CD, on·ward, featuring some of the best musicians and produced Lloyd Maines and Terri Hendrix.  Leslie’s entertaining live shows are punctuated by her witty banter and a few good war stories.  She continues to garner recognition around the state, definitely one to keep an eye on.” 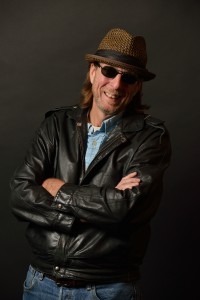 Keith A. Rea – singer/songwriter/storytellerKeith brings a wealth of experience to the stage as well as a variety of
styles and genres. From love songs to train songs, Keith’s lyrics
conjure stories of people, places, and situations that feel both
familiar and yet somehow fresh. His instrumental styling’s cover the
landscape from finger picked ballads to raucous twelve bar blues.