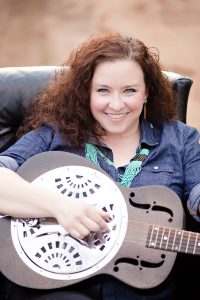 Describing Americana singer-songwriter Libby Koch (pronounced like the soft drink) as “country meets soulful,” Free Press Houston perfectly pegs the artistry captured on Koch’s new album, Just Move On (June 24, 2016, Berkalin Records). Working in Nashville with Grammy-winning producer Bil VornDick, she draws on legends from Patsy Cline and Loretta Lynn to Dolly Parton and Emmylou Harris, among others, to craft an album of “true cryin’ and leavin’ country songs.” Combining her country soul with a seventh-generation Texas troubadour’s storytelling skill, Koch fills these songs with intimacy and honesty. Like the most timeless country classics, they’re the kind that make you feel good about feelin’ bad.

Koch’s gospel-grounded and honky-tonk voice powerfully navigates the emotions inherent in an album about relationships, starting with the opening break-up trio, “Just Move On,” “You Don’t Live Here Anymore” and “Out of My Misery” — three diverse, retro-to-modern songs that ultimately convey more about the triumph of empowerment than the pain of loss. Tracked live with veteran players handpicked by VornDick, the album, her fourth, is a fine follow-up to her 2014 release, Tennessee Colony, which drew on her ancestors’ stories to address themes of family, faith and home. Calling it “a frisky blend of country, folk, bluegrass and gospel set to some mighty fine fiddle, banjo and mandolin” and labeling it “daisy fresh,” the Houston Press put Tennessee Colony on its year-end top 10 list.

Though Houston native Koch began writing songs in junior high school, she never considered doing so professionally until she attended law school at Nashville’s Vanderbilt University, where she discovered she could hold her own in a city full of heavyweight talents. A job at a large Houston law firm convinced her music, not law, was her true calling, and eventually, she decided it was time to … just move on.

For more info, go to http://www.libbykoch.com/home 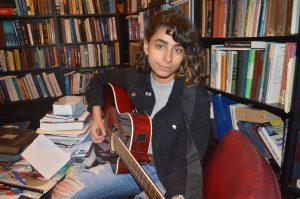 Amanda Pascali is a 19 year old singer – songwriter, born in Queens, New York and living in Houston, Texas. She’s currently studying science and engineering at the University of Houston along with traveling across the world and documenting those travels as songs, stories, and poetry. She believes that art and science should not be binary, that there is a certain beauty in the truth, and that the world deserves to know the truth, whether it is delivered through song, story, innovation, or scientific research.