You are here: Home / Events / Steve Brooks – The Canyons of Your Mind: A Vision Quest in the Grand Canyon 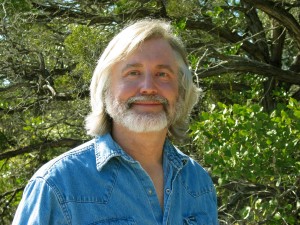 America’s great gorge is a landscape of imagination as well as geology, both beautiful and brutal, vast and intimate. For Austin folksinger Steve Brooks, it turned out to be a spiritual teacher. In a week backpacking its inner reaches, with four other UUs, he learned a series of lessons – about pain, transcendence, his place in the universe and why so many world religions emerged from the desert. They’re lessons, he finds, that might be as useful above the rim as below it.

A longtime member of Austin’s Wildflower Church, Steve Brooks has performed at more than 35 UU churches around Texas and beyond. Musically, he’s known for writing a song-a-week for Jim Hightower’s radio show, and for songs that have been recorded by folk and Americana artists like Slaid Cleaves, Albert & Gage, Russell Crowe and more. A master of words as well as music, he was featured on TV’s “I’ve Got a Secret” as six-time World Pun Champion.