You are here: Home / Events / Ralph Stephenson – The Exodus 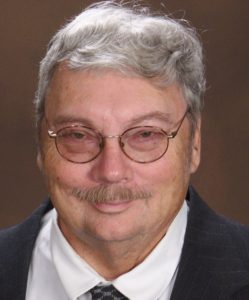 The Exodus has become a core tradition of Western civilization. The story is an epic that has been hollywoodized in several movies.   Millions read it, retell it, and celebrate it.  But did it happen?
Biblical scholars, Egyptologists, archaeologists, historians, literary scholars, anthropologists, and filmmakers are drawn to it.  Unable to find physical evidence until now, many archaeologists and scholars claim this mass migration is just a story, not history.  Others oppose this conclusion, defending the biblical account.
Recent findings by secular historians and archeologists have proven the AN exodus of mono-theists from Egypt did in fact occur, but the actual Exodus bears almost no resemblance to the Biblical story.

Ralph L. Stephenson, BS, MS, PE, is a professional environmentalist who retired from his position as the Environmental Manager of a multi-billion dollar engineering and construction company with worldwide operations and projects.  He has traveled extensively and managed environmental issues for projects in dozens of countries.

3. Biblical Living.  A book about what the Bible says about how to live our lives and an exegesis of the biblical economic plan for individuals, businesses, nations, and the world.

12.  Where is God?, A journey through Science, Psychiatry, Philosophy, and Theology to find God.