You are here: Home / Events / Sunday Program – Dr. Benjamin Park – “How Religion, Abolition and Democracy Mixed in the US of the 1850s”

Dr. Park focuses on the intersections between religion, culture, and politics in America, mostly during the eighteenth and nineteenth centuries and often within a broader Atlantic context. His first book, American Nationalisms: Conceiving Union in the Age of Revolutions, 1783-1833, examines how local contexts influenced ideas of nation and union during the fifty years following political independence. He is currently working on two new projects, one an analysis of the Transcendentalists’ political theology and the other a narrative of the Mormon city of Nauvoo as a moment of democratic crisis.

In support of his research, Dr. Park has received fellowships from the University of Missouri’s Kinder Institute on Constitutional Democracy, Boston University’s American Political History Institute, the Massachusetts Historical Society, and Brigham Young University’s Maxwell Institute for Religious Scholarship. His scholarship has appeared in Journal of the Early Republic, Early American Studies, Journal of American Studies, American Nineteenth Century History, Journal of Religion and Society, and Journal of Mormon History. Dr. Park has been invited to speak at institutions including Oxford University, Auburn University, and the College of Charelston, and has delivered papers at annual conferences including the American Historical Association, American Society of Church History, and the Society for United States Intellectual History.

Dr. Park’s public writing have included essays in Newsweek, Washington Post, Talking Points Memo, Dallas Morning News, Religion and Politics, Religion Dispatches, Christian Century, and Patheos. He is a founder of both The Junto: A Group Blog on Early American History and Juvenile Instructor: A Mormon History Blog. Dr. Park has served on editorial boards for Journal of Mormon History and Dialogue: A Journal of Mormon Thought, and currently serves on the executive board for the Mormon History Association as well as an associate editor of Mormon Studies Review. 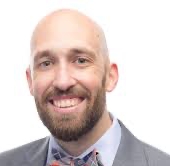