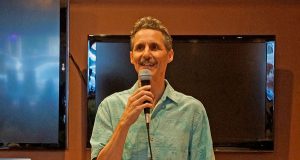 Vital rays of light leading to the Roe vs Wade decision were sparked at 1st UU Dallas.  In the late 60’s the Women’s Alliance of the church began to study the abortion issue, eventually signing the amicus brief of the landmark case for women’s autonomy that beamed a nationwide beacon of light!
Texas now has among the most restrictive abortion laws in the nation. We UU’s have rested on our laurels in a dormant slumber for too long.  We have overslept the alarm.  It’s time to wake up, stand up and let our lights shine for the sacred trust between a Woman, her Creator, and her Doctor.  The Texas UU Justice Ministry (TXUUJM) is here to lead the light brigade!
Rev. Chuck Freeman has been in the ministry since 1977 serving Church of Christ and Unitarian Universalist congregations. He is the founding minister of the Free Souls Church in Round Rock,Texas. Chuck is a founding member of the Texas UnitarianUniversalist Justice Ministry and its Executive Director.