You are here: Home / Events / You Will Love Again – Bob Pryor 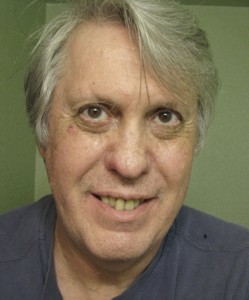 Relationships, at times can be challenging. Sometimes, for various reasons, they do not work out. “Bob Pryor”, our guest speaker will discuss how we react  to these disappointments in life, and more importantly how we recover. He will be joined by his band “Significant Others” who will provide supporting music for the talk. Bob Pryor has been involved in music, production, leadership training, and public speaking for over 45 years. Bob is a true multi-tasker, and is involved in many creative projects. He has developed an organization called “Healing the World Fellowship,” which will create a community of healing and bonding through seminars, music, discussions, and fellowship. In addition to being an ordained Minister for Universal Life, Bob is a published writer, penning many provocative and timely articles and essays on various subjects, for ” Indigo Sun,” a spiritual magazine in the Houston area and other outlets. He also is the guest speaker at a variety of churches speaking on a wide range of topics. On the musical side, you will often find Bob performing at local coffeehouses, spiritual organizations, and similar venues; either solo or with his band “Significant Others;” anywhere that their musical messages can make a positive difference. At last count, Bob has written over 500 original tunes and has released four songbooks. In 2003, Bob released his first CD, “Throwback – the Beginning,” and two years later released a mini CD “Reflections in Time,” as a memorial to his late parents. His third individual CD, “The Dream Was Love” was released in July of 2006. His band, “Significant Others,” released a CD called “My Spirit Came Alive,” in December of 2010, which consists entirely of spiritual and inspiration music that Bob has written. In 2013 and 2014 Bob has released seven singles which eventually will be combined in a compilation CD. For Bob, creativity is life. It represents gifts that were given to him, and is his way of “giving back” and improving others lives. Come hear Bob’s music, experience his writings and lessons, and share his unique way of looking at the world through his music and prose.